Since the pandemic began, the impetus for change and adopting digital technology has spiralled to a whole new level. The UK public sector, especially the healthcare system, has seen a dramatic change in embracing the digital revolution. However, while UK policing has been slower than the rest in adopting new technology, the resistance to change has significantly reduced thanks to many factors, including, but not limited to, the exponential increase in cybercrimes during the pandemic.

In 2020, according to an analysis report by TechMarketView, the UK Police Software and IT Services (SITS) market grew by 6% year on year. While the spend on Heritage SITS retained most of the allotment (68%), the spend on New SITS, which includes digital, platform, cloud, and cyber saw a robust growth of approximately 25% year-on-year (20% of total UK policing SITS spend). However, by 2024, the share of New SITS is slated to draw 34% of the Police SITS market.

Cybercriminals have also sharpened their skills, and the severity of crimes needs a skilled squad to decipher and catch these criminals. Therefore, the need for tools to help with cybersecurity, digital investigations, and evidence management is constantly growing.

Need to strengthen digital forensics: With the rise in crimes with digital elements, authorities face fragmentation issues, and systems cannot cope with the increased data storage capacity. Additionally, most of the data reside in silos, and there is an urgent need to collate all the information under one umbrella to increase productivity. 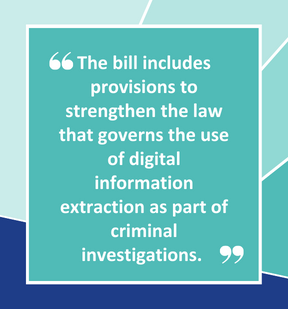 A key element of contention in adopting digital forensics is security, given the sensitivity of the information. The UK parliament is going through the Police, Crime, Sentencing and Courts Bill to address this. The Bill includes provisions to strengthen the law that governs the use of digital information extraction as part of criminal investigations. If passed, a section of the Bill will essentially allow the police to obtain the digital evidence needed to prosecute criminals while providing additional safeguards to ensure only information relevant to the investigation is taken.

Need for improved contact management: A report aptly called 'A Call for Help' published in 2020 by Her Majesty's Inspectorate of Constabulary and Fire & Rescue Services (HMICFRS) highlights the dire need for better contact management services to accommodate an increase in 999 calls. The eventual goal is to have a consistent system that allows citizens to choose how to engage with the police. This information would be made available to the police across the board to help with police intelligence while maintaining trust. An efficient Contact Management System would eventually aim to resolve some of the concerns within the contact centre, reduce the number of police personnel that need to physically go to address the issues, and ideally reduce the misuse of the 999 system.

UK policing has and will have to cautiously embrace new technologies, mainly because of the privacy and ethical concerns related to the sensitive nature of the data. Some of the main areas of digital innovation undertaken or under consideration by UK Police are: 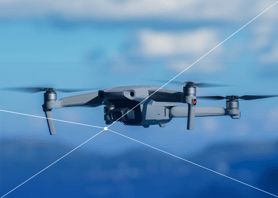 Predictive policing tools: This technology essentially uses data-driven analytics to identify crime hot spots and high-risk areas. However, this technology's accuracy, effectiveness, and ethics have also been widely questioned and will only be accepted if the algorithms behind the technology are sound, transparent, and explainable.

Drones/Uncrewed Aerial Vehicles (UAV): The UK Police force has been increasingly relying on drones for various functions like finding missing people, tracking criminals, monitoring protests and crowd control, among others. The units are usually fitted with infrared cameras, LiDAR, smart tracking, loudspeakers, and spotlights. Drones are easier, faster, and cheaper to operate. The National Police Air Service (NPAS) will potentially have both helicopters and UAVs in the future.

Virtual Reality: From training officers by placing them in realistic situations to exploring crime scenes, virtual reality (VR) technology is proving to be quite beneficial to policing. While the cost of VR headsets was initially substantial, the price fall will help police forces embrace the technology even further. VR technology can aid investigations, intelligence, monitoring road traffic collisions, and familiarising locations before operations.

It is pretty clear that despite some inhibition, the police forces have and will continue to benefit significantly by adopting technology in their operations. However, companies and developers need to be mindful of the concerns regarding ethics and safety and ensure a breach-proof and transparent digital system to the best of their ability.

Higher ed institutions in the US are veering off

From introducing ERP in preparation for Y2K to shaking up global business in a...

Throughout the Covid-19 pandemic, organisations using S/4HANA in their planning...